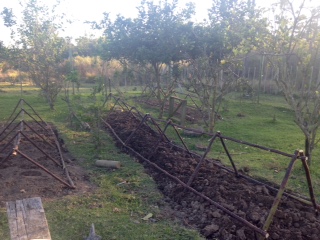 When we came to Gouna in the Knysna Forest, raising chickens were right up there as something we wanted to have on the farm. I had images of chickens running around everywhere. Going out with my basket every morning and first job of the day gathering fresh eggs for breakfast. The reality however was so much different. 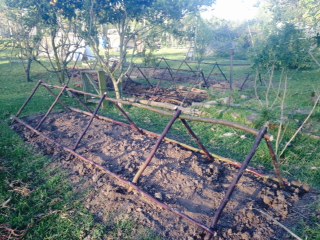 For a start when buying your first chickens it’s good if you can identify a rooster from a hen. Our first six chickens meant to be five hens and one rooster was actually the other way around. So until the crowing started my basket remained empty for many months!!

Then came the forest buzzards who fly around daily looking for a meal. Next important point when you are not around your chickens need to be secure. So after a number of fatalities we decided to build chicken tractors to house them.

Tractors came be made in many different shapes and sizes. We went for long A frames made of latte and chicken wire which are the same shape of our beds in the garden. The nice thing about tractors is you can move them around getting the chickens to rotivate and clear areas whilst at the same time fertilizing the soil.

We have recently re built our tractors after four years and have repositioned them to remove large areas of grass so we can plant and get a yield from the area. In moving the tractors we also have prepared beds ready for planting from where the tractors had been.

We generally only put the chickens in these overnight or when we are out, the rest of the time they free range. So now we have had to make mini tractors to protect the new beds from the chickens!! Chickens just love to scratch and especially if the ground has been turned and is nice and loose.

These will be also an A frame shape but covered in bird netting which is inexpensive and lightweight to move around at will. Having had chickens now for a number of years we have found what works for us. Animals even chickens do need to be managed but with some effort they can be a great help and always a source of amusement. 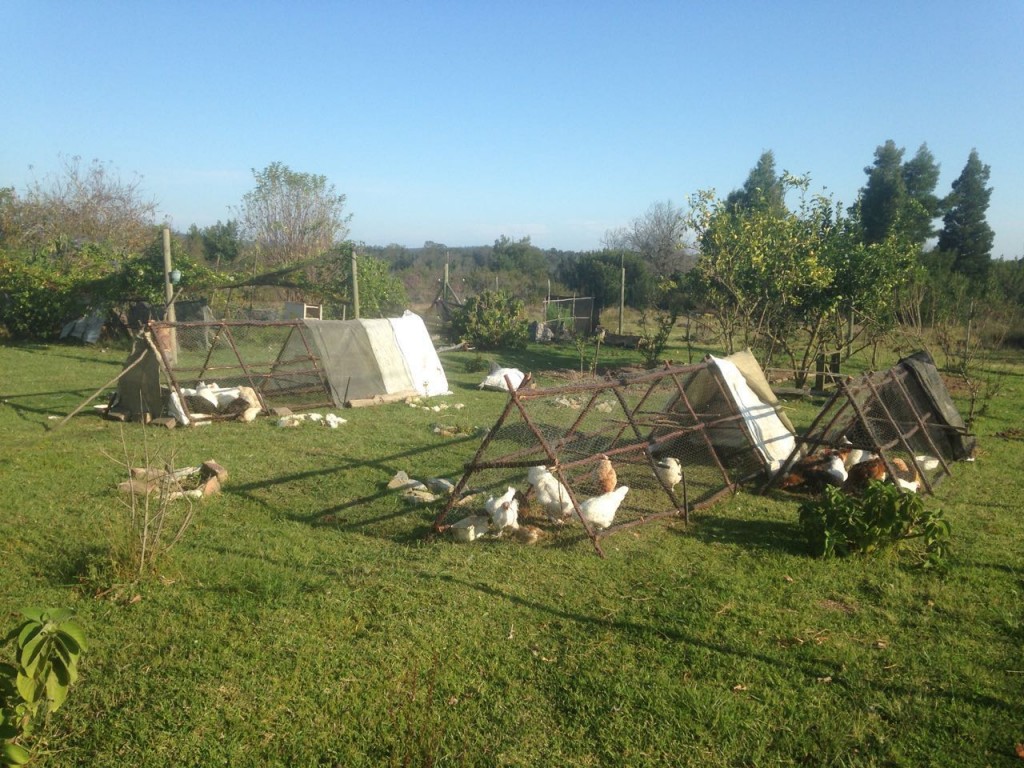 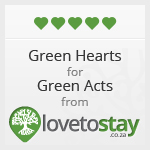